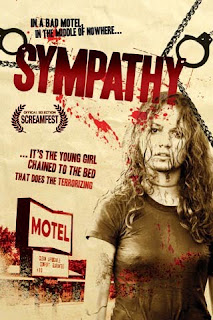 Even though "Kick-Ass" eked out the box office win last week, it fell off a cliff this last weekend and "How To Train Your Dragon" took its top spot back. "The Losers", which I would classify as in a similar sub-genre as "Kick-Ass", was, much like "Kick-Ass", a financial disappointment... Also, it should be duly noted that both of these films were heavily marketed. The second and third spot went to "The Back-Up Plan" and "Date Night", which are both girly, date movies... really. Fourth place went to "The Losers" and "Kick-Ass" was fifth. Now, even though I try to on a consistant basis, I can't speak for the masses... BUT, I thought "Kick-Ass" was pretty good. So, why didn't it do well? I don't really know, my guess is that demographic just doesn't go to the theaters any more, unless it's for something huge. Good kids movies are always profitable for various reasons; kids like to see movies multiple times, they take their parents, a lot of these films are for kids, but cast a wider net... Further, as long as teenagers don't want to talk to each other while they're on their awkward dates, the date movie will continue to pack them in on Friday and Saturday nights. Now, what does that say for "Nightmare on Elm Street", which comes out this Friday? Will horror transcend this action-comedy trap and prove that it's still a viable genre at the box office? I think so. I think it'll take top spot and I think it'll do it easy. Anyhow, the other news is, not only did "Avatar" prove that there's a way to make money on huge budget films, it proved that the DVD/Blu-ray market is more than just alive when it shattered the sales record held by "The Dark Knight". Is that because there's a bigger home entertainment audience these days or is it because "Avatar" is such a juggernaut film? That's a good question and I can't answer it. Since we're on the home entertainment market, let's check out all the horror that's coming out on DVD this week. As usual, you can head over to our Youtube Page and see all the trailers and you can click on the title to be taken to the films Amazon page, where you can read more and/or buy it.

Should I really be giving "Transylmania

" any time here? Probably not. If you think entertaining action-comedies do poorly at the box office, how do you think crappy horror-farces do? Piss poor. This is actually the sequel to the 2006 film, "National Lampoon's Dorm Daze 2" and, quite frankly, it sucks... no pun intended. What sucks even worse is the fact that you could probably have made over ten low-budget features on the budget they had for this. Anyhow, next...

" is a low-budget horror film and it absolutely lit up the indie horror film festival circuit. Unfortunately for me, this is the first that I've heard of it and I'll definitely be checking this one out as soon as possible. From what I've read and seen, this looks like one of the films you need to look up to and emulate. There's only a few actors, they keep the locations to a minimum and they take a typical, run of the mill story-line and turn it on its head. Indie horror filmmakers, this your film to check out this week. I don't know what's up with the trailer that I found, but it's the only one I could find.

" is the first of three films released by Night Light Films this week. The others are "The Fear Chamber

" and "Passed the Door of Darkness

". All three have notable actors and a bit of budget behind them, plus they all look pretty good. "Marked" is a creepy looking paranormal film, "The Fear Chamber" is about serial killer that steals organs and "Passed the Door of Darkness" looks like it takes the serial killer genre to a whole new level... and they all look fairly gruesome. Now, what's REALLY interesting is how cheap they are. They're $6.99 each. I'm wondering if these guys are testing the waters on new price points, trying to open the market up. In any case, all the films look worth watching and, at that price, it's just a bit more than renting them. Also, I'm going to look further into this Night Light Films business...

" looks to be a micro-cinema film and, unfortunately for them, they picked the same title as the big-budget film, "The Spirit". So, I can't find much about it and I don't have the time to do serious digging. Lesson: if you don't have a big budget for marketing and making your film stand out, you probably want to pick a title that stands out a bit more. Something that's easy to find. Try to do a search for "Spirit", then do a search for the afore mentioned "Passed the Door of Darkness" and note the differences.
Posted by Dead Harvey at 10:11 AM