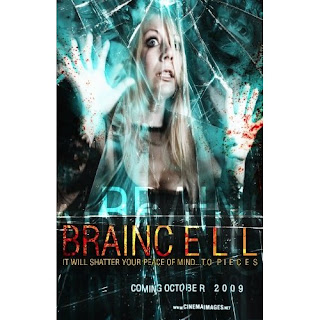 So much for that experiment... "Kick Ass" fell flat at the box office, losing out to "How To Train Your Dragon", which has been in the theaters for a few weeks now. Now, as usual, there's a lesson to be learned here. They're calling this sub-genre a superhero-comedy and this particular sub-genre does not do well when it's not geared for a very young audience. The most successful film in this sub-genre and, really, the only successful film out of this sub-genre, is the animated film, "The Incredibles". If you expand the sub-genre, you could make a case for "Watchmen" to be in there, as it's not exactly your typical superhero film, either. It wasn't a comedy, but it did step outside the comfort zone of a standard superhero film. Regardless, it ALSO underperformed. So, what can we learn? Well, for screenwriters... stay away from the superhero genre all together. I certainly wouldn't be pitching it. Audiences haven't been flocking to spoofs, comedies or any other type of sub-genre that steps out of the typical superhero framework and that means that the studios won't exactly be clamoring over each other to get at another one, especially one that's on spec. However, I think this may open up an opportunity if you're in the indie or micro-budget film scene, as I do think we may be ripe for a new take on the superhero genre and it's going to have to come out of the low-budget world. This is an arena where risks can be taken and I'd love to see a low-budget superhero horror or something that really turns the genre upside down. Something can be done here and it's got my brain going... if you're an indie-horror or micro-budget filmmaker that's looking for an idea and this got your wheels spinning, shoot me an email - I've got a few ideas. Anyhow, let's take a look at the horror that's coming out on DVD this week. As usual, head over to our Youtube Page by clicking HERE and you can see all the trailers. You can also click on the film's title and be taken to its page on Amazon, where you can read more and/or buy it.

So, I really liked "The Lovely Bones

". It's not a slasher film, it's not gory and it's not really that scary, to be honest. However, there are definitely some thriller-type moments, the film deals with death and purgatory and, well, there's a serial killer in it. The film had a budget of $65Million, which is quite low by Jackson's standards, and it only grossed just over $93Million worldwide, which makes it a bit of a dud, money-wise. Although it gets a bit preachy and sappy, it's worth seeing, especially if you're a fan of Jackson's earlier, non-gory work like "Heavenly Creatures". Also, I have to say, I'm always a sucker for any film that explores the after-life, I just like seeing people's interpretations...

This is the first that I've heard of the film "Homecoming

", but it does star Mischa Barton and it was directed by Morgan J. Freeman, not the Morgan Freeman that you're thinking about, Danny Dufraine, but the guy who made "Hurricane Streets" and won three awards at Sundance in 1997 with it. Freeman also did "Desert Blue", some of "Dawson's Creek", "American Psycho 2" and was a producer on "Laguna Beach: The Real Orange County". The film is about a former small-town golden boy and his new girlfriend that come home to discover that his high school sweetheart, played by Barton, has an unhealthy obsession with him.

" is written and directed by Mark Jones and he's doing some interesting stuff here... sure, you have the typical fraternity tom-foolery surrounding a killer clown that's escaped from a mental home, but you also have the main character battling homophobia. Jones has made a few gay-themed projects, including a web-based soap opera called "The Edge of Happiness" and another feature called "Eli Parker Is Getting Married?". To be honest, the inclusion of gay themes in your film almost guarantees you exposure at festivals and in the media, as well as distribution. It's an interesting angle to take, whether or not you're actually gay... may help you get financing, too. Just some thoughts.

" is a British film that came out in 2009. It's about a successful Wall Street trader that returns to Britain with her family to find that her new home in the countryside contains a disturbing secret. The film is directed by Anthony Hickox and it's a return to horror for him. His first film was "Waxwork" in 1988, then he went on to do such films as "Hellraiser III: Hell on Earth" and "Warlock: The Armegeddon" before getting into more mainstream straight to DVD stuff like a few Dolph Lundgren and Stephen Seagal movies in the late nineties and early two thousands. Welcome back, Anthony, let's hope that Dolph and Stevie don't miss you too much.

" is a micro-budget film from Alex Birrell and it's about a wave of violence that spreads due to the strange experiments of Dr. Joseph Cornwall. The film has a great cast of micro-budget and low-budget horror stars, including Raine Brown, Joe Zaso and friend of Dead Harvey, Billy Garberina. Top of my list for the week, for sure.

There are two films from Khavn De La Cruz coming out this week; "Vampire Of Quezon City

" and "The Family That Eats Soil

". He's done a ton of films, they're all messed up, and he's the outspoken, experimental filmmaker that's considered to be the father of Philippine digital filmmaking. In the late nineties, he owned and managed Oracafe, which was a cultural hub for Philippine writers, musicians, filmmakers and other artists and went on to make twenty three features and over seventy short films. Very interesting guy and I want to check out a bunch of his films now.
Posted by Dead Harvey at 9:24 AM

Turns out that box office estimates were wrong and that "Kick Ass" did, in fact, win the weekend. Point still stands, though... it underperformed, for sure.