Horror at The Tribeca Film Festival 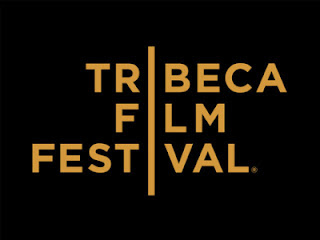 By popular demand (the one anonymous comment from yesterday), here's some information on what's going on at the Tribeca Film Festival.

The Tribeca Film Festival was founded in 2002 by Jane Rosenthal and Robert DeNiro in a response to the consequent loss of vitality in the Tribeca neighborhood in Manhattan following 9/11. It's now one of the big festivals of the year for Hollywood movies and those vain, vanity projects by actor-turned-directors, but they do have a "Midnight Section" for the... how do you put it? The less mainstream titles. For example, "Hatchet" premiered in the "Midnight Section" of the festival last year. This year, they have six films in the section, three (maybe four) of which I would consider to be horror. The non-horror films are "Auteur", a porn spoof that looks hilarious (check out the trailer), "SqueezeBox!", a documentary about SqueezeBox!, a drag queen nightclub in Manhattan and "Cottage", which is the one that I'm swaying back and forth on whether or not it should be classified as horror, but still looks awesome. Keep in mind, I haven't seen it.

"Cottage" stars Andy Serkis, who played Golum in "The Lord of the Rings" movies and it's being billed as "Shaun of the Dead" meets "Evil Dead". However, "Shaun of the Dead" was about zombies, "Evil Dead" was about, well... zombies and this is about a kidnapping gone wrong. Either way, it's an indie film and it's about a kidnapping plot gone horribly awry when two brothers and their shit-talking hostage stumble into the wrong farmhouse in a gory horror-comedy. It's directed by Paul Andrew Williams, who's only other feature is "London to Brighton", an award winning drama. Either way, it looks pretty damn good. I'll tell you what, there's been a lot of good horror-comedies coming out of the U.K. lately, such as "Severance", "Shaun of the Dead" and "Boy Eats Girl". Apparently, the farmhouse they stumble into is inhabited by a Leatherface kind of character or something... So, okay, okay, it's a horror.

"Dying Breed" is an Australian film written and directed by Jody Dwyer, with help in the writing department from Michael Boughen. This is his feature film directorial debut and, apparently, it's a gory one. The film weaves two stories together, one of the extinct Tasmanian tiger and the other of "The Pieman", who was hung for cannibalism in 1824. How do you intertwine those stories? Funny you should ask... A zoologist and the, otherwise, typical group of horror film prey set off to find the fabled tiger, but end up finding "Pieman" descendants who passionately uphold their cannibalistic heritage. Hilarity ensues.

"From Within" has, what I would call, an eclectic cast, with Thomas Dekker from "The Sarah Connor Chronicles", Adam Goldberg from "Zodiac" (also, previously from the shows "Joey" and "Friends"), Laura Allen from "The 4400" and Rumer Willis from Bruce Willis' penis. It's about a young girl who grew up in Christian town, who wants to get out and see the world and when people in the town start dying by suspiscious suicides, it only strengthens her resolve to leave. The film was actually financed through a European equity fund, even though it was filmed in Maryland. It was directed by Phedon Papamichael, who's mostly known for his work as a cinematographer on films like "3:10 to Yuma", "The Pursuit of Happyness" and "Walk the Line". Papamichael, known by his friends as The Greek God of Cinematography, made his directorial debut with Showtime's "Sketch Artist", then later directed the indie film, "Dark Side of Genius".

The last horror film at the festival could also reside in the 'is it horror?' bin, right beside "Cottage". That's not to say it won't be good. Quite the contrary, "Killer Movie", much like "Cottage", looks like it's going to be good. The plot, reality show turns horror, has been done a few times... but there's something different about this one. First off, it's about a reality show gone bad... not a reality show where contestants getting killed. Secondly, what's awesome is that the writer/director of the film, Jeff Fisher, cut his chops directing actual reality shows, such as: "The Real World/Road Rules Challenge", "The Simple Life" and various other crappy, MTV reality shows. So, he's got a bit of insight into how the whole reality show shit goes down. I'm wondering if he didn't come up with this idea while shooting "The Real World", thinking to himself... "Why can't all these people just die?".