Why You Should Bother with Screenwriter Contests and Film Festivals 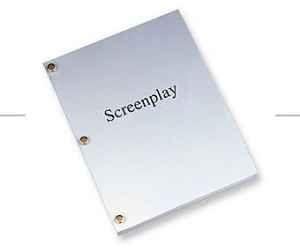 Yup, it's been a while since we last posted anything...  but, I'm ready to get things back on track.  What can I say?  I want to get in touch with more horror screenwriters, filmmakers and festival folks.  I want to give more indie horror projects promotion and help get stuff out there.  I have to keep posting because we have to elevate this little sub-genre!

Anyhow, over the last, I don't know, year or so...  I've decided to make a serious effort to take this whole thing to another level and that's really why I haven't had time to post anything.  We've been working on launching a new website (more on that in the coming weeks), I've submitted some of my scripts to some screenwriting competitions and I've been trying to help produce some films.  The attempt to produce films has really taken a lot of time, but I'll tell you what... it's a huge learning experience.  One thing I've learned, and that I'd like to pass on to you, is that the film festivals and screenwriting contest are more important than you think.  Here's why...

There's a million ways to produce a film, but let's simplify this a bit - on one side, you have the equity financing model and on the other side, you have the debt financing model.  Equity financing means you have the equity - long and short, you've got the money and you're funding it yourself.  If that's your model, have at it.  You can write, direct and produce your project any way you'd like.  Debt financing, on the other hand, means that someone is willing to pay for the final product and you then get someone to lend you money against that promise to pay, so you can go and produce your film.  Most indie films are, at least in part, financed this way.  Yes, there's lots in between and that's a very simplistic view, but I'm making a point here, okay?  Now, how much this person is willing to pay for this unmade project depends on how you've packaged it up.  There's three major components: talent, script and director.  The big thing is talent... who are the actors?  If you're a friend of Brad Pitt's and he's willing to attach himself, boom... you're good to go.  Don't worry about the script.  However, most of us need to convince talent to come on board and we need to convince people that this is a good project.  So, that leaves the writer and director.  I'm going to concentrate on the writer here, as I feel the script is the true foundation of any project, but this is just as pertinent to the director.

You need a good script, where do you get it?  A script by a produced and/or working screenwriter is one thing, they have proven that they can write material that works.  I'm not talking about your micro-budget film that you produced and financed yourself, either.  I'm talking about a script from a working Hollywood screenwriter.  Get a script from one of them, you've got a good base.  However, getting a script from a well known or produced writer can be tough, especially if you're an unproven producer, so you might have to go a little further down the trough... or you might want to use your own material.  If that's the case, you need something that makes that script stand out, something that says, "this is worth taking a chance on".  So, what separates you from the rest of the pile of unproduced and non-working screenwriters?  See where I'm going with this, yet?  It's awards and accolades.  Where do you get those?  From winning film festivals and screenwriting competitions.  I've read bio's on writers that say things like, "quarter finalist in such and such" or "top 20% in this and that"...  and that makes the bio on the writer far more compelling than, "I think I'm a pretty good writer", which is what you're saying if you're unproduced, unpaid and haven't won any awards.  Don't kid yourself, most people won't read the script.  They'll read your bio, the logline and, if you're lucky, your outline.  You want to separate yourself from the pack?  These awards and accolades make a big difference.

So, do yourself a favor, enter the festivals and competitions.  Even if you're just producing and financing your own film - it helps sell it once it's done.  Also, on the writing side, if there's an option to get coverage, take it.  It costs you a bit extra, but you can learn where you can improve and you can learn what these guys want.  Then, you'll know what you need to do when you enter the next festival to get some accolades.  Once you have accolades, you're on your way to being a produced and working writer and/or director.

What do you think?  Got a different opinion?  Let me know!
Posted by Dead Harvey at 11:42 AM