Interview with James Plumb, director of "Night of the Living Dead: Resurrection" 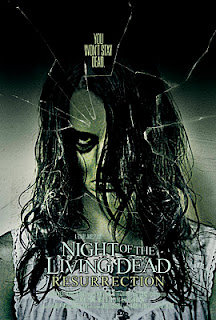 Zombie films are, and always have been, one of my favorite horror genres.  The problem is, I used to like ALL zombie films, but lately, with the mass explosion of zombies (I salivate at the thought of those words being written into an action line in a zombie script), there's been a lot of shit on the market.  So, I'm really excited to check this one out, "Night of the Living Dead: Resurrection" because it looks pretty damned good.

It's a remake, sort of, of the 1968 Romero classic, "Night of the Living Dead". What's interesting (and what a lot of people might not know) is that it's completely legal to rip off the original movie, as it's in the public domain due to a mistake made by the original distributor. Because of that, we've seen a few notable re-imaginings, including last year's "Night of the Living Dead: Reanimated", which was very different and very entertaining.

Now I'm excited to check this one out. James Plumb, the director, offers us up a great interview here, but before we get to it... he'd like to duly credit Victoria Rodway for all the stills that you see here.

Well, our Producer hesitates to call "Night of the Living Dead: Resurrection" a remake, preferring the phrase "companion piece", but essentially it's a remake of the 1968 Romero classic, set in the UK. However unlike a number of the studio-driven remakes of the past few years, NOTLDR is not a straight, shot for shot remake. Instead it looks at the core concept that made the original NOTLD so powerful, and then goes in its own direction.

For examples of how to do a remake well, I looked to John Carpenter's version of The Thing and Cronenberg's The Fly. Beyond the central idea, these films keep very little of their originals. 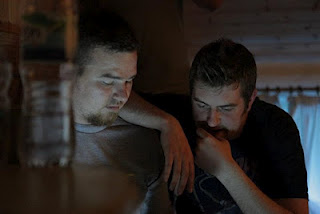 Well the first goal was to make a feature film! It's my feature film debut and it was a hell of an opportunity. I also wanted to make a real effort to try and redeem remakes. Most of us groan at the thought of another remake, but really we're just not looking forward to a BAD film. My main goal for the film was to make a horror film that was a straightforward horror film. Sounds simple, right? But there are so many action films out there with horror genre set dressing, masquerading as horror films. A girl, two guns and a thousand zombies/vampires/werewolves to be shot at. That's not a horror film.

With NOTLDR we went back to basics, we had characters that the audience could empathise with, so that when horrible things did happen to them (spoilers!) the audience would care and get upset.

What's odd is that, in the UK at least, the majority of horror film fests are around Halloween time. By that time I imagine, due to the interest so far, our film will have been released already. Which is a shame because in the UK we have some great horror fests including my personal favourite Abertoir, Wales' only horror fest, run by the wondrous Gaz Bailey. Usually five or six days long, it's a great place for horror fans and filmmakers to get together, drink and watch horror films for 15-16 hours a day. A great atmosphere, I'd definitely recommend it to fans and filmmakers alike.

It's still early days, at this exact moment we just sent off the picture lock to the Sound Designer, but already we've had some confirmed deals in some territories and plenty of interest from the big names in horror distribution. For the most part, that was on the strength of four things, a "brand" name, a great poster, an intriguing teaser trailer and the hard work of our producer Andrew Jones.

Low budget film shoots are really just an endurance test. Its not the money directly that can put pressure on a low budget film, its the time restriction. That being said, surviving on one semi-decent meal a day and a maximum of four hours sleep for ten days was still one of the best experiences of my life.

On day one when we had some practical SFX set and ready to go, and I was surrounded by a hardworking crew made up of true horror fans, it was great to peer through the viewfinder and watch our film come together. For most of the shoot we were at nice secluded locations, so we had plenty of privacy, although we definitely felt the isolation for those ten days. During the course of the shoot I, and most of the cast and crew for that matter, managed to get fake blood all over my clothes. So on the drive back to civilisation, we stopped off to top up on petrol and for the life of me I coudn't figure out why I was getting so many odd looks. It wasn't until I got back in the car that I realised that, in the real world, its not normal for a guy to walk round covered in dried blood. It took me a couple of days to make that mental shift, and to do all my laundry. 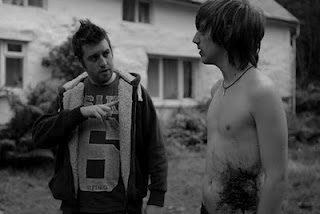 I'm a child of the 80s, raised by the VCR and used to spend hours in my local video shop, just staring at the VHS covers of horror films. When I was very little, that was the closest I'd get to these films, staring at them like works of art in a gallery. When I finally got to see the films, often those with the best covers were the worst films! I always wished that the films would live up to the promise of the posters. But when the films were good, horror films achieved something spectacular. They were able to tackle weighty issues, but make them more "palatable" with the genre set dressings. As a lifelong horror fan, I couldn't wait to develop my own horror projects. The chance to tell a story, convey a message and play with all the toys of film making. I was hooked.

In the UK, and in South Wales in particular, there seems to be a real horror/exploitation revival going on. Dave Beynon is working on a fascinating documentary called "Industry My Arse!" which looks at the independent British exploitation scene at the height of the VHS boom. SJ Evans and David Melkevik have another great slasher project on the go "New Year's Evil". For me, its a very exciting time as both a fan and a filmmaker.

I'm working on a feature film version of my love letter to slasher films "Final Girl" (handy link here: http://www.virginmediashorts.co.uk/film/1647/final-girl) which I'm going to fund through the crowdfunding route. I also have another top secret project at the moment, which I'm not allowed to announce just yet.
Posted by Dead Harvey at 9:09 PM