A Box Office Surprise and a Weak Week on DVD 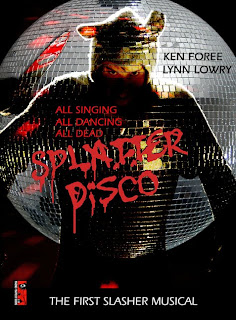 So, what's the good news out of the box office this weekend? Well, it's that horror is alive and doing... pretty darn good. Look, "Despicable Me", the 3D animated feature from Universal Pictures and the new animation company, Illumination Entertainment, was the big story... It pulled in over $60Million, which crushed its competition and far exceeded what people thought it was going to do and that's great news for Universal. However, let's not take anything away from "Predators", which pulled in over $25Million... not too shabby for an action/horror flick that didn't have a big action star in it. The premise for this incarnation is great, too. I really like how they turned it on its head... sending the most dangerous killers on earth to the Predator's home planet to be hunted like game. Well, now that I write it out, it's really the SAME premise, but the location is different... it takes place on the Predator's turf... which is a good enough twist for me. Now we can look forward to this Friday's big release, which is "Inception", from Christopher Nolan. Early reviews and word says it's going to be a classic... just don't be too drunk and/or hung over. Apparently the plot gets tricky and you're going to have to use your head every now and then. An original idea from the guy who brought you "Momento", "Batman Begins" and "The Dark Knight". I can't wait. Until then, it's a fairly weak week in new horror releases on DVD, but let's take a look. As usual, you can go to our Youtube Page to check out the trailers and you can click on the titles to be taken to their page on Amazon, where you can read more and/or buy it.

" is an Australian film from director Oscar D'Roccster. It came out in Australia about a year ago under the title "Prey". However, I guess they decided to add an Australian flare for it's North American release and retitle it "Outback". It's about three couples that stumble across an ancient curse in the Outback and their dream holiday turns into a nightmare that may kill them all.

" are both Japanese films being released by Cinema Epoch. "Scream Girls" is about a haunted school and "Killer Car" is about, well... a killer car. I can't find trailers or much information on either, but as they're Japanese horror films, you should expect lots of over-the-top, grotesque violence.

", which includes four awesome, shot on DV indies: "Feeding the Masses", "Creature From the Hillbilly Lagoon", "Nercroville" and "Splatter Disco". They're all great and all worth watching... and now you can have them all for the low, low price of $22.49!
Posted by Dead Harvey at 10:35 AM

I think the title change from Prey to The Outback is more based on hiding its pitiful opening weekend takings of $342.