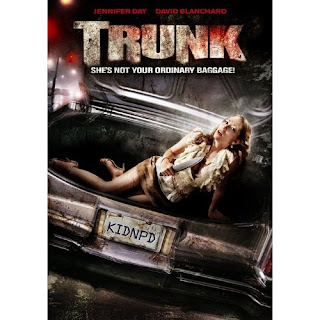 Well, really... for all intents and purposes, it was an unremarkable weekend at the box office. The Disney animated film, "The Princess and the Frog", won the week by taking in around $25Million, "The Blind Side" dropped to second and "Invictus" debuted in third, taking in just over $9Million. If you were hunting for a story, there's a couple in here, I suppose. One being that "The Princess and the Frog" would actually be considered a success and this is amazing for a couple reasons... one, it's animated traditionally and traditionally animated films haven't fared that well as of late. Two, the main character is black. Pretty cool, really... I'm glad to see it did well. I find it a little odd that "Invictus" had a mediocre opening. After all, it is a Clint Eastwood film with Matt Damon and Morgan Freeman. You'd think it would do a bit better than that. Then again, it's a film about rugby that involves Nelson Mandela and South African history... not exactly stuff that's the top of people's minds in North America around Christmas time. For me, the big story is next week, as James Cameron's "Avatar" finally hits the screens... and, me, personally... I'm filled with nervous anticipation. Until then, there's a handful of decent looking horror films coming out on DVD this week. As usual, you can click on the title and go to their Amazon page, where you can read more and/or buy the film AND you can click here to go to our Youtube Page, where you can see all the trailers.

" is an indie horror starring Jennifer Day and David Blanchard, directed by Straw Weisman. When I first read the synopsis, I wasn't too enthralled... it looked average, at best. However, the trailer sucked me in and now I'm putting it at the top of my list for the week. It's got a great gritty looking tone, with a bit of tongue-in-cheek humor. The posters shows that off, as well. It's about a girl that's pushed into the trunk of a car by a serial killer and she's forced to listen to him talk about all the ways he will dispose of her... it's a view from the inside, so to speak. I'm looking forward to it.

" is from Mischa Perez and it's got one of the creepiest looking killers I've seen in a while. However, I feel that he should've been taller... maybe move a bit slower. That could be just me, though. In any case, he goes by the name David Taggart, but his ancient Native American tribe refers to him as "the Protector" - a dark figure in the night who scavenges the grounds in search of human flesh... and he's got his work cut out for him here, when a bunch of investors try to turn a dilapidated old junk yard that sits on top of a Native burial ground into a profitable parking lot.

" is German film, I believe, and it's being released here by R Squared Films. It's about a killer that haunts an old abandoned hospital and when a group of students head in to investigate the phenomenon of fear, they'll be given a specific nightmare each... catered just for them. Meh...

" is the directorial debut from Giovanni Rodriguez and it's got a decent cast of actors, including the very hot Christine Lakin, "Smallville"'s Justin Hartley, "Boondock Saints"'s Norman Reedus, among others... the trailer started off quite typical, but it looks like the story will take you on a few twists and turns. It's about a brother and sister that return to the badlands of Utah to face the memory of a brutal attack... and they awaken a killing rage in a town where everyone has ties that bind.

Lastly, as Christmas is around the corner... and if regular Christmas films aren't your thing, it looks like they're rereleasing the cult disaster from 1964, "Santa Claus Conquers The Martians

". I can't say anything more than it's just unbelievable. Like... really unbelievable. Check out the video review we found of it that we posted on our Youtube page.
Posted by Dead Harvey at 9:04 AM