2010 Sundance "Park City at Midnight" Lineup... and a controversial statement 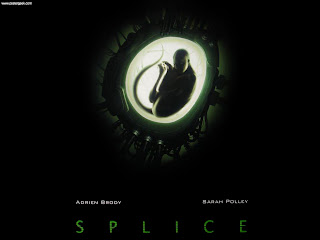 I'm about to say something that some filmmakers may think is a bit controversial. When you're writing your film... or when you're conceiving a film idea... think of what's succeeded at the film festivals, what's gone on to cult status on DVD and what audiences are watching in the theaters. I'm not saying you should copy them or rip them off, but you should figure out what your audience is watching and cater to them... Think about it, at the end of the day, who's in charge? The filmmakers or the audience? Do you think that filmmakers create audiences OR do audiences create successful films? In reality, it's probably a mix of the two. There are certainly filmmakers out there that can just do whatever they want and audiences will eat it up, but they're few and far between. If you're not one of those filmmakers, I think you need to look at your audience, understand your audience and give your audience what they want. Now, the only problem is, who's your audience and what do they want?

Me, personally, I like to turn to the festivals to see what's going on there... and there's two reasons. One, they're generally the indie freaks and enthusiasts, so if they like it... chance are, that's what other indie freaks and enthusiasts are going to like, as well. Two, they need to cater to an audience, too. They need to put together a festival lineup that people will watch, enjoy and talk about. So, really, they're doing a lot of the afore mentioned work for you. Why do I bring this up? Well, it's because Sundance is around the corner and they've just recently announced their "Park City at Midnight" lineup... which is where films like "Black Dynamite", "The Blair Witch Project" and "Saw" all premiered. Last year, they screened a pile of classics, including "Black Dynamite", "Dead Snow", "Grace" and "The Killing Room"... all of which were cutting edge and awesome, in their own way. So, what's in store for 2010? Let's take a look...

I've been DESPERATELY waiting for "Splice", from Vincenzo Natali, to come out... the trailer is unreal. It's about a couple of young scientists that engineer a new animal species and become the rebel superstars of the scientific world. However, in secret, they introduce human DNA into the experiment and, well, all hell breaks loose.

"Buried", from Rodrigo Cortes, also has had a ton of buzz about it. It's the film where a US contractor working in Iraq, played by Ryan Reynolds, wakes up to find himself buried alive in a coffin, armed with only a lighter and a cell phone.

"Frozen", from Adam Green, is about three skiers that are mistakenly stranded on a chairlift and are forced to make life or death choices that prove more perilous than staying put and freezing to death.

"Les 7 Jours du Talion (7 Days)", from Daniel Grou, is about a doctor that's seeking revenge by kidnapping, torturing and killing the man who murdered his young daughter.

"Tucker & Dale vs. Evil", from Eli Craig, is about a couple of hillbillies that go on vacation at their dilapidated mountain cabin, but their peaceful trip goes horribly awry. Go to Youtube and punch in "Tucker Dale Evil" and watch the trailer. Looks awesome and f'ing hilarious...

Last up, from The Butcher Brothers, is "The Violent Kind", about a group of rowdy young bikers that are partying it up at a secluded farmhouse, when things take a turn for the worse. Tiffany Shepis makes it into this one...

So, what can you pull away from this? Well, it looks like claustrophobia is in, for starters. Also, revenge, bikers and hillbillies are all looking good. However, my guess is that the hillbilly horror may have run it's course, "Tucker & Dale vs Evil" is sort of a lagging indicator of that... if you're interested, a lot of the trailers for these are online. Also, you can read more about the entire Sundance lineup by going to their site - click here.
Posted by Dead Harvey at 8:42 AM