Linkapalooza - September 8, 2008: Woody's Battling Zombies and other stuff going on in the industry 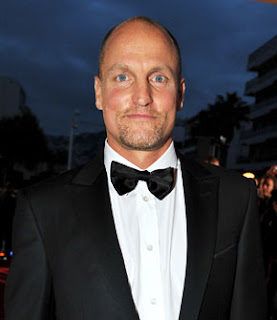 I meant to have the up for this morning, but a bunch of shit came up today... so, you get it now. Excuse me all to hell.

Woody Harrelson versus the zombies on THR.com: Now, this seems like an odd project... not because it's another zombie comedy, but because it's from the guys who brought you "The Joe Schmo Show". Well, it's written by them, anyhow. Even odder, it's being directed by Ruben Fleischer, who's directed a few episodes of "The Jimmy Kimmel" show and not much else. I can't say I know too much about those guys, but good on 'em. Having said that, I can't believe that the zombie genre, let alone the zombie-comedy sub-genre, is still going strong and they're still green lighting a bunch of them. Whatever... doesn't bother me. I'm not sick of them.
Paramount Pictures acquires Screenlife on THR.com: I'm sure a lot of people glossed over this news when they saw it, but I think it's kind of cool, just for the rationale behind the acquisition. First off, Screenlife is the company that makes that video based game, "Scene It?". You know, where you throw the DVD in, it shows you clips, etc? Well, I'm not sure that Paramount gives a flying F about the game, BUT it does give a crap about digital content platforms and they see Screenlife as a portal to use digital media. So, just to keep reiterating my point - don't think of your film as a film... think about it as content. Then, think about all the different ways you can get that content infront of eyeballs.

Lonely Girl Seeks Money on Forbes.com: You remember the Youtube series, Lonely Girl 15... or is that lonelygirl15? I can't recall. Anyhow, remember how millions of people got all enthralled by it, thinking it was real... then it was revealed that it was actually a produced show? Well, the guys behind Lonely Girl, Miles Beckett and Greg Goodfried, are back... and this time they want to get paid. The new project is called "LG 15: The Resistance". ...and, no, I'm not kidding. It's about "a group (that) battles a powerful secret society bent on controlling rare young girls whose genetic code offers the key to the fountain of youth." Regardless of whether or not you think that premise is ridiculous, what isn't ridiculous is the way they're distributing it. Not only will it go through web video aggregator's such as Myspace and Hulu, they're creating an in depth LG15 website where fans will "drive how each weekly show is edited for its weekly debut: by interacting with blog posts, short videos and puzzle-solving." Further to that, they're looking for real advertising dollars through product integration, web banners and short videos that are sponsored, so that users will interact with the brand that's sponsoring it. Premise of the story... could be a little off. How they're executing it... spot on.

Fans Go Viral Over Fox's 'Fringe' on Adage.com: This is an article on JJ Abrahams and how he kicks ass at viral marketing. He's an f'ing genius at taking something that's two dimensional and making it jump off the screen through marketing efforts. This show hasn't even aired yet and, already, people are going nuts over "Fringe"... I'm a little excited. We'll see.
Posted by Dead Harvey at 10:35 AM