linkapalooza - September 23, 2008: Actually Getting Paid in Hollywood... and Other Useless Junk 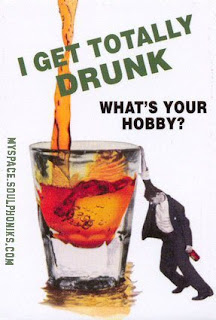 None of my links this week are really 'breaking news', per se... but they are interesting. This is stuff that may actually help you as an indie horror filmmaker. However, before I get to those links, let's look at a link where we're just trying to help you get a job... you know, so you can actually pay those bills. ...and, I know, the picture has nothing to do with any of this... or doesn't it? You decide.

Ten Ways To Break Into Hollywood on forbes.com: This article could be just kinda funny to you, but it's from Forbes and it goes through the ten easiest ways to get a job in Hollywood... and it got me thinking. If you're an indie filmmaker, especially an indie horror filmmaker, you can expect to live fairly close to the poverty line for a while... especially if you're concentrating on your writing and filmmaking more than you are on that whole 'making money' thing. So, your best bet is to try and get a job in Hollywood and pursue your indie horror dreams in your spare time - no one said this is an easy way to make a living, remember. Leisure time is, well, a luxury. If you get a job in the industry, you're going to be able to network, get ideas and be close to the action... which, at the end of the day, will be a catalyst for your career as an indie horror filmmaker. It's also better than doing something completely unrelated, like driving a cab or working as a telemarketer or something.

Sundance Channel to offer new pay-per-view option on latimes.com: If you read the next blurb below this, you'll see that people aren't making too much dough off of paid downloads, but it is nice to see that they're trying to change the field up a bit. Sundance Channel is now offering a pay-per-view option that's 'dedicated to independent films that did not have a theatrical release'. They seem to think that this service could 'democratize and emancipate independent film' and if I knew what 'emancipate' meant, I may agree... however, I can say this. You're probably not going to see too many slasher flicks available on this service. It's nice to see that they're laying the groundwork for someone to make a horror version, though.

DVDs Account For 81% of Video Spending on Multichannel.com: This article resides in my 'get to know your audience' file, which I've been kind of hammering on people lately. Really, it's basic marketing. Find out as much as you can about your consumer (in this case, audience), find out what they want, when they want it and how they want it, then give it to them. That doesn't mean you have to sacrifice your artistic vision, but it could give you some direction. This is very generic information, but interesting, none the less. So, to sum it up... DVDs is where the money is (we knew that, though), but there are a few interesting things there when you break it down. 41% of consumers PURCHASE the DVDs versus 29% on RENTALS... only 0.5% is spent on paid downloads. Knowing that, what would make someone BUY your DVD over the next guy? (Think added value, like: extras, a poster, bonus CD, artwork, who knows..) There's more in there, too... interesting stuff. Know your audience!

HBO launches Web series on THR.com: It's interesting to see what the big guys are doing in online media. This article is about HBO's "experimental offshoot" called HBOlab, which, I'm guessing, just comes up with crazy ideas that use other distribution methods... namely, the web. It does seem like there's lots of people who get discovered through their online efforts, then sign a TV or film deal. However, there's very few TV or film guys that can make a successful web-based show. There's two things to take from stuff like this. 1. You have to keep an eye on what these big boys are doing. 2. Get ideas from what they're doing... the web is the only place where we're on even footing with these guys. We may not be able to get in the theaters or on TV, but we sure can do what they're doing on the web.
Posted by Dead Harvey at 8:45 AM

Here's a bit of news to share with your readers...

I'd love to hear more... I'll be in touch, then pass info on to our readers!