The Weekend at the Box Office, Big Weekend - No Horror 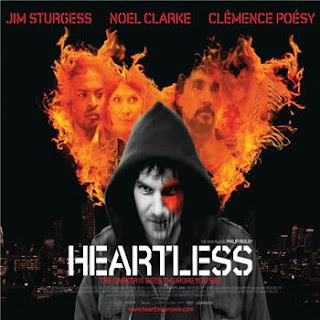 What do you say about a weekend that had no genre fare? I guess I could mention that it was the highest grossing holiday season kick-off ever... that's of note. Really, though, the three films that came out were each big, in their own way, and have such distinct, different audiences that it was going to be tough for this not to be a big weekend. "Megamind", "Due Date" and "For Colored Girls" weren't going to have much overlap at all. "Megamind" won the week, pulling in over $47Million, "Due Date" came in 2nd, pulling in over $33Million and "For Colored Girls" came in 3rd, grossing just over $20Million.

"Megamind" is, of course, the big Dreamworks animated feature and what's funny is, they're considering $47Million to be a tad soft. "Despicable Me", "Monsters Vs. Aliens" and "The Incredibles", all similarly themed, kicked the shit out of it.

"Due Date" does interest me a bit, as it's from Todd Phillips, who did "Old School" and, of course, "The Hangover" and the film was almost marketed as a sequel to "The Hangover". Further, guys like Phillips and Judd Apatow are helming this resurgence of R-rated comedies, which were dead for the longest time. "Due Date" had the highest grossing opening for an R-rated comedy in November... ever, beating out "Borat", if you can believe it. Yeah, it's a comedy, but it's rated R. The more R-rated stuff that does well, the better for us.

The last big film was "For Colored Girls" and I'm not sure what to say about it... Tyler Perry has built himself a great little empire and he's now in the position where he could take a giant turd, film it for ninety minutes and his dedicated audience would still show up to watch it... and probably like it. He's coming out with over a film a year now, too. Lionsgate and Perry must just love the position they're in.

That's all I can muster for a weekend that had no genre films in it. Next week, I'm very interested in seeing how "Skyline" does and, the week after that, there's the limited release of "Heartless", which is a UK film about a guy that discovers demons on the streets of East London and if you haven't seen the trailer, go to Youtube and look for it. Should be good, I hope it comes here.
Posted by Dead Harvey at 8:20 AM