The Weekend at the Box Office, What to Look Forward To and the week in Horror on DVD 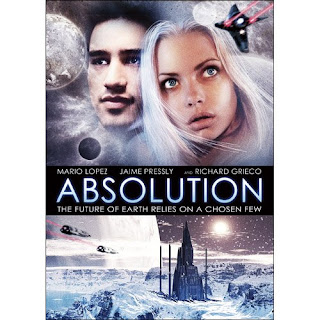 Is the Labor Day long weekend traditionally bad for the box office? You wouldn't think it is, but "The American", which looks very uninspired and average to me, won the weekend with, what I would think, is a soft $16.4Million. However, that's the fourth highest grossing Labor Day launch EVER. So, my two questions are... how could that win the weekend and, is it me, or does Clooney just seem to be mailing his films in? "The American" looks like something that I'd watch on a plane, if I really couldn't get to sleep. As long as they keep making money, I guess he'll keep making them... "Machete" managed to beat out "The American" on Friday, but it sunk like a rock and fell to second, grossing $11.4Million. That's less than the film that spawned it, which was the box office disaster, "Grindhouse". Tame opening for Rodriguez, but I'm thinking that this was more a labor of love than a box office, money grab. "The Last Exorcism" took a huge stumble and made under $9Million, coming in 4th. The other new release was "Going The Distance", with Justin Long and Drew Barrymore... and it was an unmitigated disaster, grossing a paltry $6.9Million. Some good news, horror storms back to the big screen over the next few weeks. This Friday, "Resident Evil: Afterlife (In 3D)"; the next Friday, "Devil"; the Friday after that, in limited release, "Buried"... and that takes you through September. Now, let's look at the week in horror on DVD. As usual, you can go to our Youtube Page and see all the trailers (well, in this week's case, two of the trailers) and you can click on the titles to be taken to their Amazon Page, where you can read more and/or buy them.

" is from writer/director Eric Espejo and they're selling it a great price, $6.99. The film is low-budget by Hollywood standards, $250K, but definitely looks and feels like it has a bigger budget than that. It's about a ghost hunter that's looking to retire from his paranormal TV show, so he looks for a phenomenal show to wrap it all up. What he ends up taking on is a bizarre case that quickly turns personal and deadly.

I'm not sure it's a horror, but how can I not mention "Absolution

", staring Mario Lopez as the hero, Jaime Pressly and Richard Grieco as the villain, which is about a post-apocalyptic earth that's been destroyed by an asteroid? Greico is the tyrannical leader of New America, a military colony in the Arctic, and Lopez is sent in by the authorities... whoever they may be. I'm not sure how Jaime Pressly fits in. Once again, they're selling it for $6.99. With plot, it just may be worth it.

Now, jumping in to the Dead Harvey realm, we have "Braincell

", which was written and directed by Alex Birrell. It had a budget of approximately $20,000 and it's about a wave of violence at a university in Liverpool that's due to the strange experiments of Dr. Joseph Cornwall. His estranged niece heads to the US to live with her uncle, then uncovers a horrifying mystery. There's lots of familiar faces here, including Raine Brown, Billy Garberina and Joe Zaso.

I know nothing more about "Convict 762

" than the product description, but it's enough to make me mention it. An all-female crew in a spaceship is forced to stop and re-fuel at a penal colony, where they run into a terrified captain that's rambling on about convict #762... who managed to slaughter everyone and is looking for a way off the planet.

Lastly, I need to mention "The 16-Film Midnight Horror Collection

" that Echo Bridge is releasing for $39.99. It has 16 lower budget horror films and, having seen most them, I'm telling you this is a good deal. From "The Craving" to "I Am Omega" to "Secrets of the Clown" to "Bachelor Party in the Bungalow of the Damned", there's a lot of good entertainment in here... 1,453 minutes of entertainment.
Posted by Dead Harvey at 10:00 AM