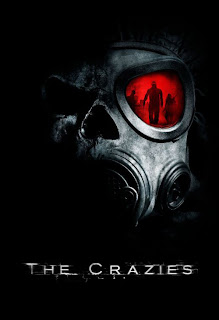 Yeah, Scorcese and DiCaprio won the weekend again with "Shutter Island", but don't fret, horror fans... "The Crazies" didn't do too poorly. Not only did it not do poorly, it's a pretty good film and is getting decent reviews. The film is, of course, a remake of the 1973 George Romero cult classic and it revolves around a town whose water supply has been poisoned by an unknown toxin that drives people insane. What's funny is, the original didn't really do that well. In fact, outside of the hard-core horror fans, it's not really well known at all. The reason I find that funny is, why would they remake an obscure horror film that really only has a cult following? I guess they figured that the hard-core horror fans would go to it because they do know about the original and newer horror fans would go just because it's horror... either way, it's still a great title and a good premise. That and it's an existing script, God forbid a studio green lights an original horror script... In any case, this update is directed by Breck Eisner, the son of Michael Eisner - Ex Disney CEO and Hollywood uber super power. Breck got his start in commercials, then moved on to TV movies, starting with Si-Fi channel's "The Invisible Man". His first feature film was the direct to DVD crime drama, "Thoughtcrimes", which he followed up with "Sahara"... which is considered to be one of the biggest financial flops in Hollywood history. "The Crazies" was his next project, after a few things fell apart... Do realize that there was over 5 years between the two films. He won't have to wait that long for his next film, as next up for him is the remake of "Flash Gordon". Anyhow, let's look at the week in horror DVD's. As usual, you can go to our Youtube Page and check out the trailers by clicking HERE and you can click on the title to be taken to the films Amazon page, where you can read more about it and/or buy it.

It's never a good sign when the bonus feature on a DVD is another entire feature film and they still keep the total cost to under $10.... but that's what you get when you buy "Last of the Living

". The bonus feature is "Play Dead", a film by Jason Wiles that stars Fred Durst, Chris Klein and Jake Busey. What blows my mind is that "Last of the Living" is an awesome indie zombedy out of Australia that came out a few years back. It was done on next to no budget and it's right up there in the same vein as "Shaun of the Dead" or "Zombieland", check out the trailer... you'll eat it up. "Play Dead" has a bunch of real names in it and just looks awful, why in God's name would you throw it out there with "Last of the Living"? Honestly, it devalues and takes away from both films. In this case, the sum of both projects is worth less than each project on their own and someone really screwed the pooch when it came to marketing and distributing these films in North America. Unbelievable... I have no clue why "Play Dead" was even made, nor do I know why it was added as a bonus feature here, but "Last of the Living" is from Logan McMillan and it's definitely worth watching. Buy the DVD for that and that alone.

" is a micro-budget horror being released by Brain Damage and staring John Sylvia. It won a couple of awards from indie festivals and is, what else? A slasher flick. Looks alright, should be worth checking out.

" is another micro-budget horror, this one released by Midnight Releasing and directed by Jason Hull and starring Todd Humes, Larry Liggett, Renee Porada and Katie Russell. The film is about a hit man who wants to retire, but finds out that a rival gang is actually a bunch of vampires and they've turned his over-jealous girlfriend into one of the undead. For a no-budget film, they've got some good looking action scenes and great make-up. I'm definitely going to be checking this one out. Also, I love the title.

Otherwise, there's a pile of box sets coming out that I'm not going to mention, as they're just cash grabs on mostly shitty films. So, that's all I've got for the new DVD releases...
Posted by Dead Harvey at 9:38 AM