Dead Harvey Nation, I ask you... what do YOU think the future of indie horror distribution will look like? 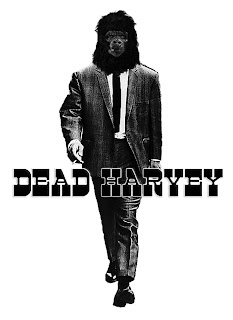 I'd like to throw something out there to Dead Harvey Nation.

Indie and micro-budget film, especially indie horror, has been much talked about over the last year or so. Most of that talk is thanks to the success of "Paranormal Activity", but that success came in the middle of the worst financial crisis that our generation has ever seen and at a time when all the studios were struggling for revenue. I do think that the big boys are at a point right now where they're willing to look at the indie and micro-budget business model, Paramount's promise to open a micro-budget division is a prime example, but I still don't think they really get it. The problem, as I see it, is that when it comes to low-budget films, the distributors and studios are trying to cram a square peg into a round hole. The problem is, what does that square hole look like... and are they using lube?


The round hole is what Hollywood's been doing forever... sexual innuendo understood and on purpose. You see, to simplify... you make or acquire a film, you market it and then release it into the wild. Aim for theatrical first, then DVD. After that, see if you can't get some revenue from TV or cable or whatever and, after that, it's part of the library. Own content, manage its distribution, try to make as much money as you can at every turn, screw as many people as you can along the way. So, when they deal with indie content, they pick up the rights and throw it into their grinder, which usually means that they barely market it and just throw it out there on DVD. Is that wrong? If it is, why would they think it is? With their existing distribution channels, they can usually turn an easy profit on that, especially since they screwed the desperate filmmaker out of his rights and they paid next to nothing for the content. My point is, I think that a new distribution and monetization system needs to be set up for indie content. Sure, they're turning a profit, but they could be making so much more and they could really create a win-win situation for everybody. Long and short, we need to create that square hole.

Problem is, what's that square hole look like? If we look at the average consumer of indie and micro-budget horror, we can make a few easy assumptions. One - they're horror fans. That means that they probably watch old, new, high-budget and low-budget horror movies, they probably read horror websites and they probably pick up Fangoria or Rue Morgue. Two - they probably spend quite a bit of time online. When you're into a specific niche like indie horror, the web is the best place to find out about new things going on. They probably listen to specific podcasts, read specific blogs and watch online video. Those are the easy assumptions, now let's make some more difficult ones. Three - I'm betting that indie horror fans are more likely to play video games than your average Joe. There just seems to be a connection there. Four - they're probably aware of, follow or have been to horror festivals. Five - they're probably more apt to buy merchandise based on the films that they watch. What horror fan doesn't have a few genre posters, t-shirts or action figures? I could go on and get more in-depth, but let's leave it at that. Now that we have a basic idea of who the indie horror fan is, how do they consume their media?

Knowing all that, if I were given the opportunity to be involved in the distribution and monetization of indie horror content, to start... I would be heavily involved with the indie festivals - support them, sponsor them, attend them, sell at them. Eat them up, make the festivals your cornerstone. I would also have a huge online presence where fans could watch shorts, read about the films and filmmakers and interact with indie horror content. I would try to get deals with PS3 and XBox to distribute content. I would strike deals with and get involved with the fan mags. I would constantly leverage the films against each other and sell related merchandise. After I've thrown the film through that entire process and monetized it as best I could, then and ONLY then, would I throw it out there on DVD through traditional distribution channels.

So, here's my question... and, please, think outside the box. Aside from DVD, how would you consume your indie horror? What distribution channels are out there that we haven't thought about? Long and short, what do YOU think? Am I crazy to think that there's a new distribution model out there?
Posted by Dead Harvey at 9:39 AM

This is something that I think about daily. Distribution. I think it's a wide open territory out there.

Self distribution, selling your movie on your site, is one way. Createspace.com and withoutabox.com both offer services, but at a cost.

I think it will be a hybrid model for some time to come, where you sell on your site, then also use a service like createspace to help you get on Amazon.

Social media I think will be the biggest key, but filmmakers will have to be able to recognize trends. Not long ago, myspace ruled. Now facebook and twitter are everywhere. What will be next?

I am filming my first micro-feature, with an eye towards digital downloads being the norm, and having value added dvd's with bonus features for the more hardcore collector.

I think you are touching on the tip of the iceberg with this topic, and I could spend a ton more time discussing this.

One of the reasons I keep coming back to this site...

I think On Demand is skyrocketing, spearheaded by Magnolia's testing of the waters. Every new genre release they put out has some kind of On Demand vs. theatrical window that's different than the last. They're searching for the right formula to cash in on theaters and cable at the same time. I hope its working, because On Demand is probably cheaper than DVD and theatrical.

If an indie distributor got with Comcast and started charging something like $2 a pop, there might be serious potential for us little guys to get in on the action.

I think film festivals will still be a big part of marketing for smaller independent films, but VOD and marketing from a homepage seem to be the way to go. "Blood Night: The Legend..." had a really good internet marketing campaign, but the movie was terrible. Quality sells itself at festivals or on VOD.

I think film festivals will still be a big part of marketing for smaller independent films, but VOD and marketing from a homepage seem to be the way to go. "Blood Night: The Legend..." had a really good internet marketing campaign, but the movie was terrible. Quality sells itself at festivals or on VOD.

I definitely agree with VOD being huge... the only issue is with infrastructure. We need that capability in every home AND we need people to know how to use it.

The other thing that I forgot to mention is an advertising based model. I think that if people could get content for free by VOD, streaming or downloading and the filmmakers made their money by selling sponsorships and/or advertising... you could create a win/win situation. People love to watch free stuff and as long as the filmmaker's getting paid, everyone's happy...

ahh, yes, sponsorships and advertising could be big, especially if a filmmaker had a catalog of a few films he could offer viewers.

This is a subject we're all discussing now(indy film guys).

I turned down Lionsgate's offer for FOC2 to pursue self distribution, knowing it's a hard road but hopefully that road will broaden as VOD through internet/Xbox/etc begins to take off.

It has been said that any bettor needs to see this,