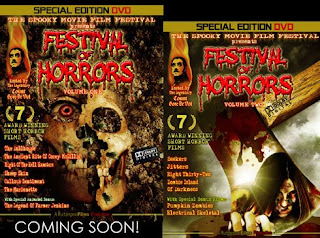 Well, another drunken weekend passes and it's time to sober up and get to work... so, here's a screenwriting competition, a convention and a film festival to consider.

PAGE International Screenwriting Awards - I've mentioned these guys before, mainly because I think they're one of the better screenwriting contests out there, and, to really quickly tell you a bit about them, there's plenty of success stories, you get to have pro's give you feedback on your script and they have winners in all categories... so, it's a pretty good deal. There are a lot of iffy screenwriting competitions out there, but this isn't one of them. Also, I like stuff like this because filmmaking is a collaborative effort, you're out there with a bunch of people and you're making something. Screenwriting, a lot of the time, is done by yourself in a dark, dingy room and you're drunk. Well, I'm usually drunk when I write, but the 'alone' and 'in the dark' is usually true for everyone. So, to actually get feedback, feel like you're part of something and to enter a contest can be gratifying. Also, knowing there's a deadline for something can actually light a fire under your ass and get you writing. ANYHOW, PAGE just announced their semi-finalists for their 2008 awards, here's a link to the list. You can't enter for the 2009 competition yet, but you can start writing for it... they'll accept entries in December. ..and don't worry, Dead Harvey will keep you posted.

Dragon*Con - Everyone's probably hung over from Comic-Con in San Diego still, but let's not forget about Dragon*Con, which is coming up real soon. Here's a link to the Dragon*Con site. You see, where as Comic-Con gets all the press, Dragon*Con is actually the largest multi-media, popular culture convention focusing on Sci-Fi and Fantasy, gaming, comics, literature, art, music and film in the U.S. It's held Labor Day weekend (August 29 - Sept 1) in Atlanta, Georgia.

Spooky Movie Film Festival - Well, I covered a screenwriting contest and a convention... so, I better mention a film festival. Actually, October's rolling around fairly soon and that's when you get piles of horror festivals, including Shriekfest, Eerie Horror Fest, Hollywood Horror, Sci-Fi and Fantasy Fest, among others. All of which are outlined in our "horror film festivals" section, feel free to check that out. However, I'm going to mention the Spooky Movie Film Festival that takes place in Fairfax, Virginia October 16 - 19, only because I just came across it. You can currently submit your film and they accept all shorts to features. They are currently a non-competitive festival, but they're partnered with FCC-TV, Artomatic and others, so you'll get a lot of exposure. Here's a link to their site.

Alright, now go get something done this week...
Posted by Dead Harvey at 9:00 AM

Yo D.H.
What are your thoughts on Scriptapalooza? I'd be interested to know if you've heard anything about them.

I haven't looked into them, to be honest... mainly because they don't concentrate on horror. I'll check them out and mention them in an upcoming Film Fest update.